With temperatures in some major metropolitan areas pushing upward of 100F, the fundamental physical circumstances of homelessness take on a new urgency 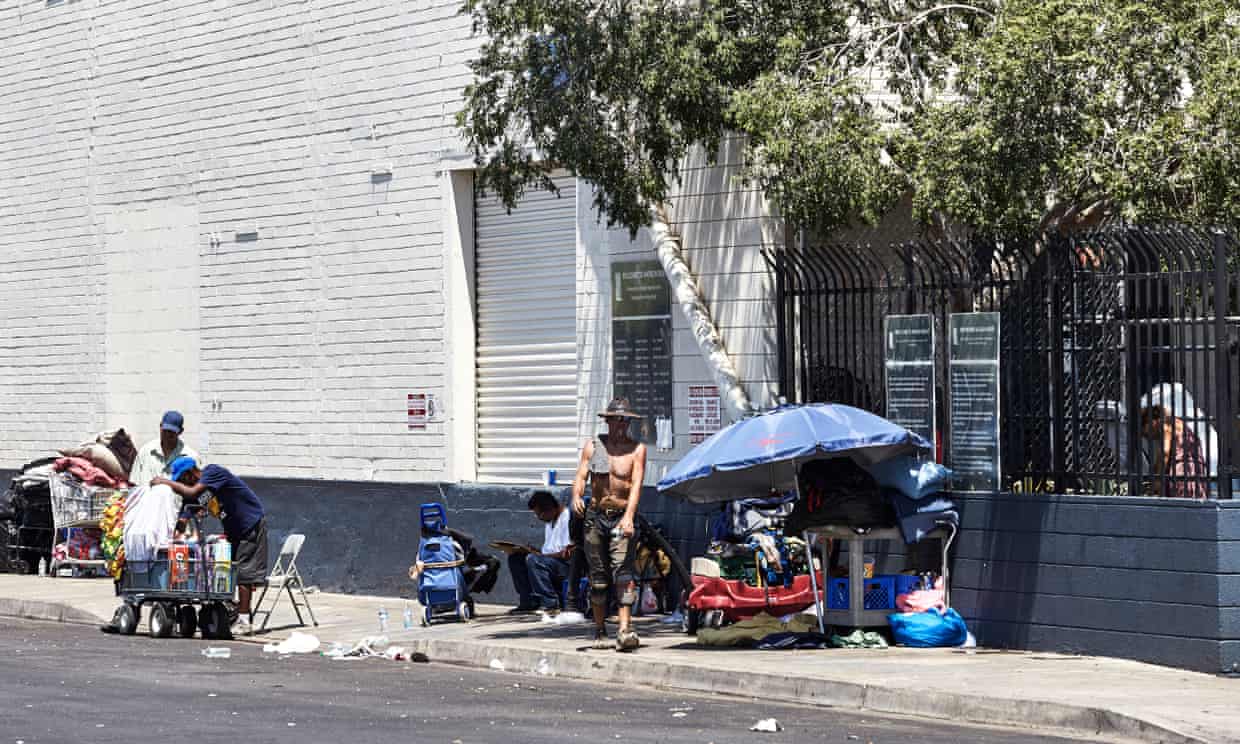 Homeless people take shelter from the sun in Phoenix. Photograph: Stephen Denton for the Guardian

As temperatures tick up across the country – around 100F in Los Angeles, almost 120F in Phoenix – and I find I sometimes have to sit directly in front of a fan in order to get any work done, it’s hard not to think guiltily of those with no such option. We reported recently about a homeless Arizona man who had no shoes and was found crawling across burning asphalt, and a woman who told us it was so hot on the streets, even at night, that she woke every hour to douse her hair with water.

Of all the hardships of homelessness, it is the fundamental physical circumstances – exposure to the elements, the struggle to keep clean, the discomfort of bedding down on concrete – that are often the most piercing. On Skid Row in Los Angeles, there are only nine toilets available to the 1,800 people sleeping on the streets at night. According to the authors of a recent report, this contravenes a UN standard for long term refugee camps, which specifies one toilet for 20 people at the most.

All of this means that the things you least expect can have a transformative effect. At 9.30pm on a chilly night a few months ago, a Guardian colleague and I met up with Rev Lyle Beckman, who leads a so-called night ministry – he patrols the streets of the Tenderloin district during the hours of darkness. As we were leaving his office, he suggested we fill our pockets with some socks he had in boxes. Outside we passed people sleeping in doorways and on sidewalks. When Beckman asked what they needed, a few named items we couldn’t give – a cigarette, a dollar. But when Beckman proffered a pair of socks, the surprisingly enthusiastic response made it clear how much more important they were.

As many advocates would probably say, a pair of socks is no substitute for the tens of billions of dollars that the federal government is underinvesting in affordable housing. But for a person who is on their feet all day or who can’t get dry after a rain storm, they are something.